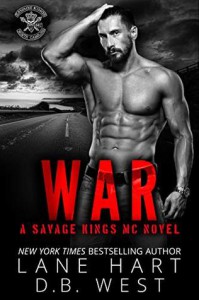 Can you see the smoke coming out of my eReader? This series started solid but now it's rock hard awesome <3

So, War has tried to lead two separate lives for as long as he can remember; in one he's the loving caretaker of both his sister and son, in the other he's the sergeant-at-arms of Savage Kings MC. He's been doing his best to keep each life as separate as possible but now his association to the MC may cost him custody of his beloved son, or worse. Nova and him meet in the most random circumstances and what starts as fun sexy times becomes a fight to stop War's live(s) from crumbling down.
These two were fire from the beginning. Their relationship was explosive in and outside the bedroom. Nova was smart, witty, and caring. She knew what she was getting into and owned her decisions. I love heroines that may make mistakes but own up to them so I definitely liked Nova's character. War had some anger issues that made him look terribly menacing but given the circumstances I guess his reactions were somewhat understable. In fact, I think it was that attitude that also made those around him feel protected (I'm not saying anger is ever ok, I'm only stating how I saw this character portrayed). In the end they make everything work out for them, too bad the MC seems to be in even more hot water than ever.

If you like explosive romance stories full of action, drama and funny, not to mention delightful sexy moments, then this is a story you will definitely want to read!

* I received a copy of this story at no cost to me. This is my honest opinion and in no way influenced by the author or publisher. *

Get your copy of WAR here: mybook.to/SKWar 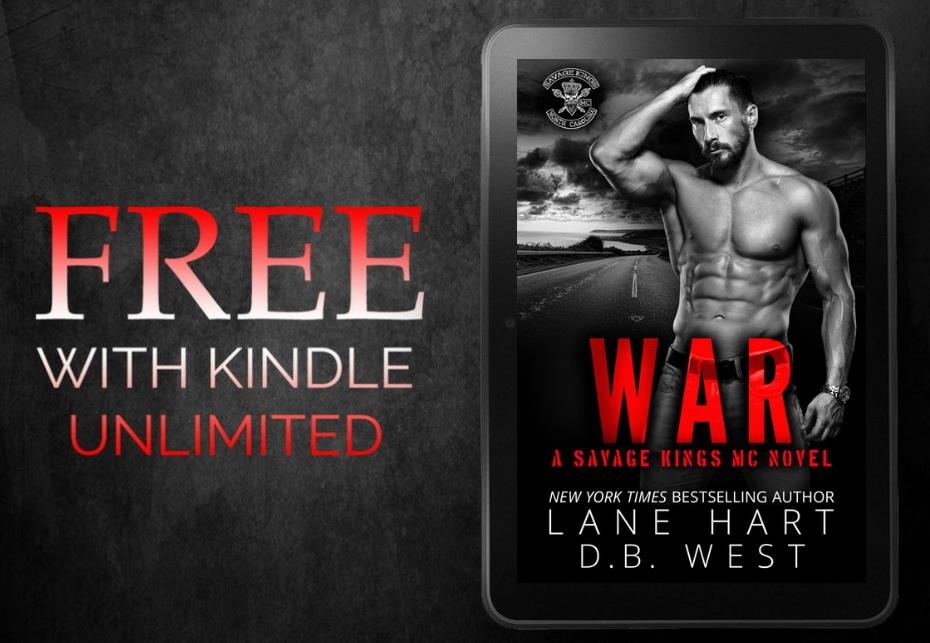 MADDOX is coming in January! Pre-order your copy: mybook.to/SKMaddox

If you’re new to the Savage Kings, catch up with the first three books: